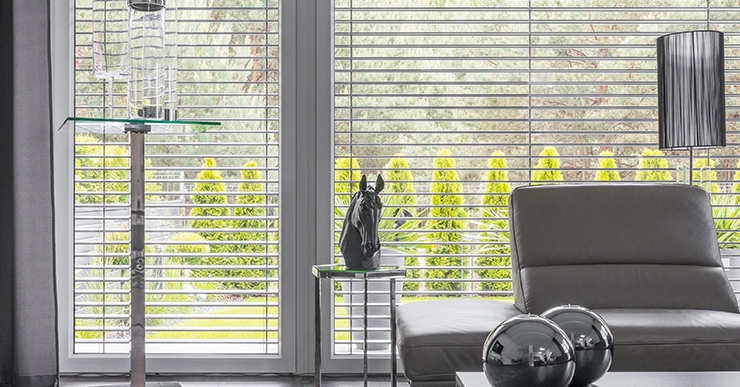 This article appeared in the Fall 2022 issue of This Old House Magazine. Click here to learn how to subscribe.

Seven years ago, when she first glimpsed the bright-blue Folk Victorian in South Atlanta, Kysha Hehn walked away in something of a trance. Built in the 1890s, the house had been unoccupied for decades and had fallen into disrepair, but Kysha couldn’t shake the feeling that it was special. “There was something about the house,” she says. “I wondered about its past.”

Kysha and her husband, Jonathan, along with their two children, Alivia Sage, now 12, and Joia, 10, soon learned that the house was significant to South Atlanta, a neighborhood central to the city’s elite Black community at the turn of the last century. The house had been built by Luther Judson Price, a local store owner and South Atlanta’s first postmaster; he and his wife, Minnie, raised their five children there. Price was known as a community leader who actively encouraged the Black community to exercise their right to vote (see sidebar, opposite).

“The story in this house is a source of joy and pride for South Atlanta because of Mr. Price’s connection to the post office and to bringing people together,” Jonathan says. Now the couple, former Peace Corps volunteers who had been “world schooling” their children while living internationally, are ready to blend their own family history into this house’s rich legacy. “We traveled with our children, allowing them to spread their wings. Now we want to provide them with firm roots in the community we hold dear,” says Kysha. The Hehns found a like-minded partner in local builder Jerry Davis, who is helming the renovation of the 3,000-square-foot house, now being documented as part of This Old House’s 44th television season.

TOH general contractor Tom Silva and Jonathan discuss adding a vapor barrier to address condensation when unconditioned space, where indoor and outdoor temperatures are the same— represented by the glass in Tom’s hand— becomes conditioned space (see the glass in the foreground).

As passionate as the couple are about saving the house, there is no denying the scale of the challenge. The two-story Folk Victorian retains original period features including bay windows, decorative moldings, pine floors, and fireplaces, but as a result of sitting vacant for years, the house suffered extensive rot to its roof, eaves, and soffits. Vines had overgrown the house’s front gable.

Additions tacked on decades ago were structurally unsound. A rear addition, for example, had sunk about 6 inches. An exterior staircase, appended when the house was converted to a multi-unit dwelling, was dilapidated, and the interior still retained kitchens on both the first and second floors. Paint was peeling from walls and ceilings, and in some areas of the second floor, the ceiling had collapsed entirely. To top it off, they found extensive termite damage.

Despite all the issues, the Hehns remain determined. The couple envision a single-family house with four bedrooms and three baths on two stories, and new rear additions to create expanded living space around an open kitchen. The first-floor front rooms of the house, where the original owner welcomed in neighbors, will be restored much as they were, and the family hopes to continue that legacy of hosting the community.

“What we are trying to do is reinvigorate these wonderful old spaces and tailor them to this family’s dynamic lifestyle,” says project architect Christopher Bailey. As many original details as possible will remain, including built-ins, picture rails, and fluted door casings with decorative rosettes. Plans call for widening several passageways to create a more open layout, which will require altering those casings to fit. Demolition has removed dropped ceilings and revealed the full 7-foot height of the original doorways, which had been lowered several inches. The homeowners also want to restore the pine floors and as many single-pane windows as can be saved but will install energy-efficient double-pane windows in newly built spaces.

An important restoration will be enhancing the interior staircase, a feature that originally occupied a central hall when the house was built, but was relocated and enclosed by walls to accommodate a second side entrance when the house became a multi-unit dwelling in the early 1900s. Although the homeowners discussed moving the stairway back to its original location, they ultimately decided to leave it in place but open it up; Davis will adjust the treads and add a balustrade in place of one of the walls.

The redesign of the main floor will create a more open connection between the rooms. A front parlor with bay windows will be the first floor’s more formal living room, while a family room with a dining area will be adjacent to the kitchen in the rear.

“Jonathan and Kysha are bringing this house back because they know its significance to South Atlanta. They are committed to the house’s history, to its original owner, and to the entire community.” —Kevin O’Connor, TOH Host

A guest bedroom will go in where the dining room was, with a full bath. Upstairs, plans call for two bedrooms in addition to the primary bedroom suite. The bay windowed room at the front of the second floor will become a family space for gathering and learning as envisioned by Kysha, who has homeschooled Alivia Sage and Joia for the last five years. “Our kids tend to find the places that bring in the most light and warmth to homeschool,” she says.

To make the Hehns’ vision a reality, Davis faced big decisions early on, including whether to demolish parts of the house or try to rehabilitate them. “The biggest challenge here has been the rot, because the house sat empty for so long,” says TOH general contractor Tom Silva. “You can guess where it is and how it got there, but you don’t know the extent until you deconstruct the house.”

“Our original plan was not to tear down the side of the house with the sunken addition, but it was all sitting on dirt, and we had no choice,” Davis says. It took two days for his crew to remove the addition by hand. His team then jacked up the house 4 inches and prepped for stem-wall foundations, digging trenches along the back and side for forms to accept rebar-reinforced concrete that creates the foundation and slab all in one pour.

On the exterior, Davis hopes to salvage about 80 percent of the siding by hand scraping the 6-inch pine clapboards. Luckily, the 2-foot-square brick piers of the original foundation have held up well, and need only patching and repointing. To design the house’s heating and cooling, the homeowners consulted Southface Institute, a local nonprofit that promotes sustainable building and offers technical advice, and chose a two-zone— upstairs and downstairs—forced-air HVAC system using two 3-ton heat pumps.

“We’ve had to imagine not only what the house could be, but what it has been, taking into account the rich history of the Price family. But we also want to honor the way the Hehns live today.” —Christopher Bailey, Architect

Richard advised Jonathan on the ductwork installation, which Jonathan is handling himself with the help of his friend Jeremy Draper, a home-performance and HVAC contractor, to save money. Another local HVAC contractor will do the mechanicals, refrigerant, and system activation. “It’s really important to us to have an energy-efficient house, and bringing advanced heating and cooling technology into an older house is the way to accomplish that,” Jonathan says.

Richard and Jonathan check clearances in the attic for the installation of the heat pump that will provide heating and cooling for the house’s second floor.

The Hehns also want to incorporate something to commemorate the house’s history and Luther Judson Price. One option they’ve considered: a mural on the first floor in an area believed to have been Price’s study. In the backyard, where Kysha is planning an outdoor classroom with areas for science, environmental education, and other lessons, she wants to include a postcard-writing station built by local carpenter Char Miller-King to honor Price’s legacy as postmaster.

Meeting with TOH landscape contractor Jenn Nawada, Kysha made plans for the backyard, including planting serviceberry trees. “Using native trees is a great solution, and the serviceberry not only blooms with beautiful white flowers, but also gives you something delicious to eat,” Jenn says.

For the Hehns, the task of renovating a house that is so important to the community brings excitement—and some pressure to get it right. “There is a dual responsibility to recognize the historical events that transpired here during the time of Mr. and Mrs. Price, but also the need to elevate the joy and love and laughter of the people who made this house their home,” Kysha says. “We hope to be conscientious stewards of this meaningful space.”

The above post was first provided on this site.

You can find similar content on our blog: www.surewindows.com